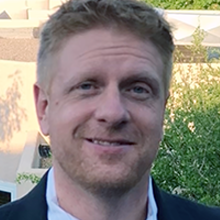 Tom is an experienced entrepreneur and previously founded a robotics company that created the world’s first consumer 3D touch device. He led fundraising of over $34 million, licensed on the order of $100 million dollars of game development, got national distribution on the 3D touch products, and took the company public. Tom founded Devvio, his second company, to create a blockchain protocol that addresses all of blockchain’s biggest challenges. Devvio has since created the world’s most scalable and most cost effective blockchain, envisioned to be THE enterprise blockchain, which solves the problems of cost, throughput, fraud/theft/loss, privacy, and stability, all in a single solution.