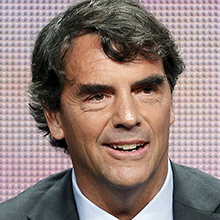 He is a leading spokesperson for Bitcoin, Blockchain, ICOs and cryptocurrencies, having won the Bitcoin US Marshall’s auction in 2014, and led investments in the companies that would issue two of the largest ICO’s: Tezos and Bancor.

He created viral marketing, a marketing method for exponentially spreading an electronic service from customer to customer, instrumental to the successes of Hotmail and Skype and other applications, particularly effective for mail and communications applications.

In promoting entrepreneurship, he created Draper University of Heroes, a residential and online school based in San Mateo, Ca to help extraordinary people accomplish their life missions. The school launched entrepreneurs from 76 countries who built 350 companies.

VCs in an ICO World