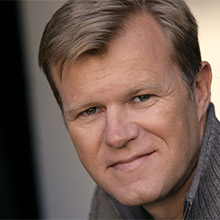 Michael Casey is a Senior Advisor at the Digital Currency Initiative at MIT’s Media Lab and a Senior Lecturer at the MIT Sloan School of Management. He is also Chairman of the Advisory Board for CoinDesk, for which he writes the weekly “Token Economy” column, a founding member of the Global Blockchain Business Council, and an advisor to a variety of companies and institutions. A writer, researcher and public speaker in the fields of economics, finance, and digital-currency technology, most of Casey’s career was spent as a journalist, including stints in bureaus and newsrooms on four different continents. He worked for 18 years at The Wall Street Journal, where he was a senior columnist covering global economics and markets. Casey is also the author of four books, including The Age of Cryptocurrency: How Bitcoin and the Blockchain are Challenging the Global Economic Order, which he co-authored with Vigna, and The Social Organism: A Radical Understanding of Social Media to Transform Your Business and Life, which he co-wrote with Oliver Luckett. A fifth, The Truth Machine: The Blockchain and the Future of Everything, also co-authored with Vigna, will be published in February 2018. He is a graduate of the University of Western Australia in his hometown of Perth, Australia, and has graduate degrees from Curtin University and Cornell University.

In Money We Trust