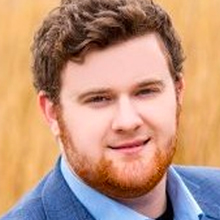 Marshall is a serial entrepreneur. Has a background initially in engineering, however quickly moved to Bitcoin. His claim to fame is being one of the world’s first bitcoin miners. He is the CTO of FinalHash, a bitcoin consulting company. He also has recently broken out into the eSports industry as the CEO of Mockit eSports. Marshall has an expertise in P2P economies as well as breaking into new markets, mostly in Asia.

His most recent endeavors include eBoost and Alaris. Block chains made for the esports world!