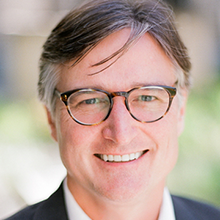 Halsey Minor is an Internet visionary who has to date founded or co-founded technology companies that have created over $100 Billion in cumulative value.

He’s the founder of the crypto service Uphold, CNET Networks, the service now known as Google Voice, the leading web publishing platform Vignette, and OpenDNS. He recently founded and is CEO at Live Planet, the leading VR video platform. In February 2000 Halsey stepped down as founder/CEO of CNET, which at the time had earned $1.5 billion and was listed on the NASDAQ 100, to help build salesforce.com, which launched in January 2000 with Halsey as its cofounder and second largest shareholder from inception until 2008.

Halsey is leading VideoCoin with his unique set of experiences in content, platform creation, crypto, and even television (as CNET produced five shows for top cable networks USA, SCI FI, and CNBC during his tenure).

Moving Business to the Blockchain