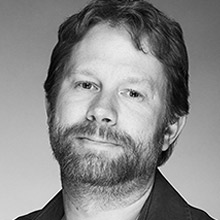 In 2013, he discovered Bitcoin and the blockchain technology that struck him as the fourth industrial revolution. He then opened La Maison du Bitcoin, the French Bitcoin Center, before co-founding Ledger with the ambition to build the next European technological giant.

The Importance of Being Secure