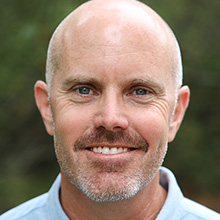 A self-made entrepreneur, strategic visionary and rockstar musician, Doug Hecht oversees the development of MINDBODY’s consumer ecosystem and its supporting entities. As SVP of Consumer Products, Doug joined the MINDBODY team in 2017 following the acquisition of Lymber, a wellness app start-up where he was co-founder and CEO.

A 25-year veteran of consumer marketing and technology, Doug served as President and COO of Digitaria, a digital marketing and tech agency he co-founded in 1997. Managing the day-to-day operations and finances of the company, Doug led Digitaria’s acquisition to communications giant, WPP, in 2010.

Whether it’s starting a music tech business in college, mentoring at Techstar or being an Angel investor with a stake in more than 30 start-ups, Doug’s vast, real-world experiences and creative spirit inspire continued success. When he’s not behind the computer, you can find Doug jamming out at band practice, golfing, flying a plane, or camping with his family.